Foraneous app showing in logs (apart from mine)

Hay all a complete noob in fly.io here! I’m seeing this wierd behaviour in the logs, where another app is having issues to connect to SQLite, the thing is, I have only one app running as showed by the screenshot, if I filter for the unique region I have (SCL) or the only app listed here(3af3e07e), the other logs stop showing, but they appear in all: 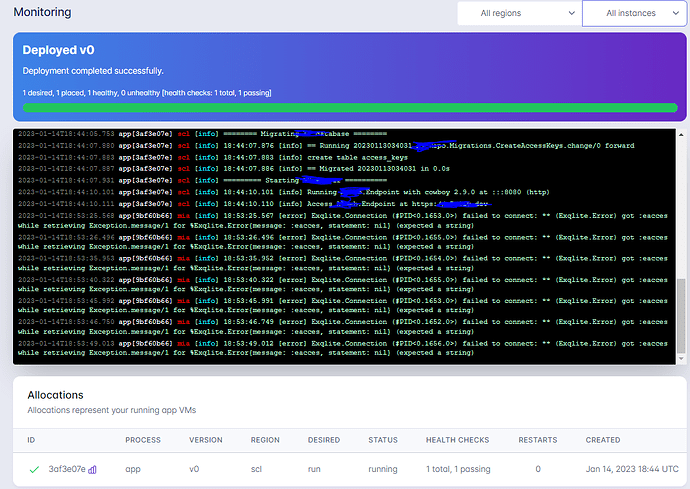 I really want to understand wat’s happening, maybe an old version of the same app (I removed and recreated it with the same name)

That’s from a release command from a previous version of that app. It looks like you deleted the app responsible for that a bit ago, and the release command is stuck in a loop. It’ll go away on its own in a few hours.

Thanks Kurt! That’s what I assumed! I’ll update if it disappears ^^.

Edit: It dissapeared! Thanks a lot!