deployments appear to be stuck

I’m seeing this error where deployments appear to be stuck. I already tried a number of things:

Nothing seems to help, the monitoring panel just shows Waiting for logs....

Is there an known issue? https://status.flyio.net/ shows all is ok

I’m having the same problem

Same here. Deployment (via GitHub actions) has been stuck for 20 minutes and counting. 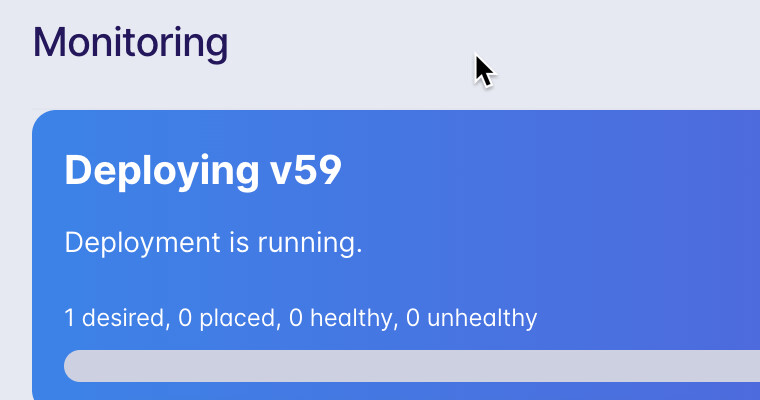 Same here got an alert for API not-responsive. Tried to redeploy and the instance is in limbo.

Same, though there seems to be some progress (Starting instance logs, but nothing more)

Same here. After a long period of “starting instance” I get “unhealthy allocations” error.

Perhaps related, we also can not deploy:

Same, and the running app that I had was randomly killed (SIGINT - like reported in Virtual machine repeatedly shutting down App killed)

One VM is starting now: The only one that we have running in ams. The others that are running in fra aren’t starting yet.

That’s the same region that @alejrpo3234 mentioned in the post he just linked.

Seem to be working again. But deployments remain slow.

the fra regions seems to have issues. I can’t get a stable deploy to it

edit: added a couple more of regions with fly regions add and they all got deployed perfectly except fra

Our fra region is experiencing high load resulting in slower deployments (sometimes 10-15 minutes or longer). The fly deploy command can timeout in those cases. When that happens the deployment will still happen, and once it does fly status will show the instances as running.