I like blaming Nomad for things, but this was something network related. Entirely our problem, in other words!

Was this issue across all networks or would our apps not go down if I was in multiple data centers? I just noticed we were in only one.

I don’t think multiregion would have completely protected you from this. It would have helped, but requests to IAD/LHR still would have had issues.

OK, thanks, good to know. I was just wondering since that seems like the beauty of the platform, being able to deploy to multiple datacenters instantly. Props to your team for responding so quickly to the incident. I’m trying to see if the platform would be good for production for my small startup.

Offtopic, but I have a question:

I really like how easy things are for deployment. I’m not sure how, but our Kubernetes cluster is running the Docker image at 1 GB RAM and Fly is running it at about 192 MB RAM. Is flying just very efficient with ram?

Having been impacted both by last month’s UDP-kiss-of-death (UDP, outage

& DNS) and this problem (LHR

), both of which I believe had been due to failed network changes/implementations, I’m not entirely convinced either root cause can be traced to the recent influx of Herouku users and their traffic.

The experience is a little frustrating, to say the least

This was not the result of a Heroku influx. The ongoing API stability issues are.

This is a definite growing pain problem, however. We are a small company and we’re working out processes (and finding new ways things break) every day. We beat ourselves up over these, for what it’s worth, and it’s important we get better.

Without excusing them: I think it’s worth noting that we are actually small and don’t have 10 years of Fly.io infrastructure maturity under our belt. It’s understandable that this is frustrating. I would love to say we won’t frustrate you again, but I don’t think this is the last time we’re going to have a problem like this.

I accepted long ago that I can’t even use company size or revenue as a proxy for reliability, only this morning I’ve been faced with Cloudflare Worker issues due to “Error: Network connection lost” - Cloudflare Status - Increased HTTP 500 Errors in several locations ; It happens to the best of 'em, in this Fly is not alone.

From my past experiences spending a substantial amount of time setting up and deploying to various platforms, I have found that the fundamentals of the technology coupled with technical capabilities of the development team supporting it matter more than the capacity for failure, which is obviously not unique to Fly.

I haven’t been a Fly customer very long (since the end of August), and yet in that very brief amount of time I’ve been blown away by extremely impressive tech and somehow an even more impressive team behind it—enough so to take the risk to transition all of our production apps over from their most recent home on AWS ECS. (Shout out to Amos who I’ve known from early ooc days on irc and Ben Johnson who I only started following recently after discovering Litestream—which we’re using btw to build the v2 of our platform in Blazor Server + EF Core on Sqlite).

Long story short, as difficult and frustrating as it was for me today to go to my CEO and explain why we went down and how it was out of our control, Fly is promising enough for us to still be worth it. YMMV.

Disclaimer: Our main production app (that also provides apis for our native apps) went down for 25 minutes in the middle of the day today as a result of the networking outage affecting iad, so I have some skin in the game here. As an early-stage startup founder myself, the growing pains are palpable.

A couple of years ago we had 13 hours of downtime on our main production database with Google. The call center turned to flames and customers got real angry.

All hosting and cloud providers have downtime but personally Fly has been one of the most reliable providers I’ve used in 20 years.

It’s quite amusing because all the incident responses have actually improved my view of fly as a provider.

Doing network changes is notoriously difficult even with good processes, but in good news, it was a partial outage. Having no view of the architecture, it seems that their networks are not tightly coupled which is great. I am kind of scared that someone is going to flub a router or bgp update at some point though, which would be really bad. From my experience, most outages are either human error or unknown unknowns which you wouldn’t be able to imagine anyway (like the udp one).

And other providers, well, suck. Google takes down their global load balancer once every two years I think. Scary as bleep and no one to call. AWS is very isolated, but everything seems to have a dependency on US-east-1 and I knew the guy who was responsible for running it, and it’s not fun. And totally forgot, Canada just had a nationwide outage with Rogers…

So having partial degradation and someone actually responding on a forum, well, it’s a breath of fresh air as long as it doesn’t happen too frequently.

I hope that fresh Series B money will help

Holy shit! Fly didn’t announce it on their blog, did they?

GPUs must surely be up next!

Fly didn’t announce it on their blog, did they?

I don’t think so. I read it when doing my “due diligence” let’s say on the legitimacy of the product. Would love a blogpost explaining where the money is going, out of curiosity

I don’t think there’s a whole blog post here, but it’s going to:

It’s also going into our bank account to sit and buy us time while we build the right business model. Pricing is hard and we need time to do it right. VC money lets us be more deliberate about what we’re selling, instead of spamming you all about $5k/mo enterprise plans you don’t actually need.

The only thing I see that could get out of control with fly pricing is bandwidth usage. It seems like it goes out quickly. I’ve also never watched bandwidth usage this closely.

Interesting! Thank you. The ~$32 price for a dedicated CPU instance is very inexpensive for a PaaS, so I’ve been wondering (hoping) that it’s sustainable. 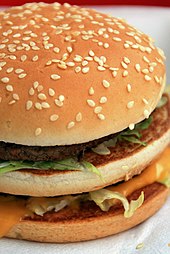 The Big Mac Index is a price index published since 1986 by The Economist as an informal way of measuring the purchasing power parity (PPP) between two currencies and providing a test of the extent to which market exchange rates result in goods costing the same in different countries. It "seeks to make exchange-rate theory a bit more digestible." The index compares the relative price worldwide to purchase the Big Mac, a hamburger sold at McDonald's restaurants. The Big Mac index was introduce...

so I’ve been wondering (hoping) that it’s sustainable.

Yah, they are better, faster, and cheaper. I’m going to quote myself from a review I posted on the elixirforum.

So agree that it’s a bit of a cause for concern, but from my inquiry last year:

We make decent margins right now since we have our own hardware. The prices you see are almost all cost / 0.3, when servers are at optimal capacity we’re making 70% margins. There’s more funding than you can find on the internet, but we’ve been unit-profitable most of our life. We use the investment money primarily to build awareness, get more customers, and give us a cushion while the bottoms up, self service revenue model gets to a reasonable scale (it to…

Strategically, they are going with partnerships rather than building/providing higher-margin services which is interesting now that they have funding. Infrastructure work has a much longer leadtime compared to regular software, but also requires much less maintenance once complete and scales out pretty well.

Unfortunately, that also requires hiring well and if you don’t do it well, failure is pretty much guaranteed. So totally understandable if they want to avoid it during their current phase, but DigitalOcean also started with just droplets and now they have managed everything.

If they start building higher-margin services, strategically, it makes sense to keep the VM prices low. Otherwise, well, it starts to get tricky. And hopefully, they keep running it without a sale because then the new owner generally starts milking the customer base.

So my professional opinion as a random person on the interwebs, we probably have a few years of this while they figure it out.

If they start building higher-margin services, strategically, it makes sense to keep the VM prices low.

Kurt once blogged that Fly prices at 70% margins.

So my professional opinion as a random person on the interwebs, we probably have a few years of this while they figure it out.

From the outside, it seems as if Fly is going for the classic “change the game” by positioning itself as an “Application Delivery Network” (which is at a much higher-level than merely providing infrastructure services).

While their GTM resembles Tailscale’s.