so how long does it take to be live?

This is my 2nd deployment ever of a webapp, my first one was heroku so bear with this mobile dev…

how long does it take to be live? I’ve been waiting for 2 hrs

I don’t think anything’s deployed to those apps. So, you have exec fly deploy but the deploy never happened? (docs).

What does fly status -all -a <app-name> show?

fly status -all -a

ah it was not deployed, I setup a github action for deployment but I guess it didn’t work

although I tried to deploy again and it failed again 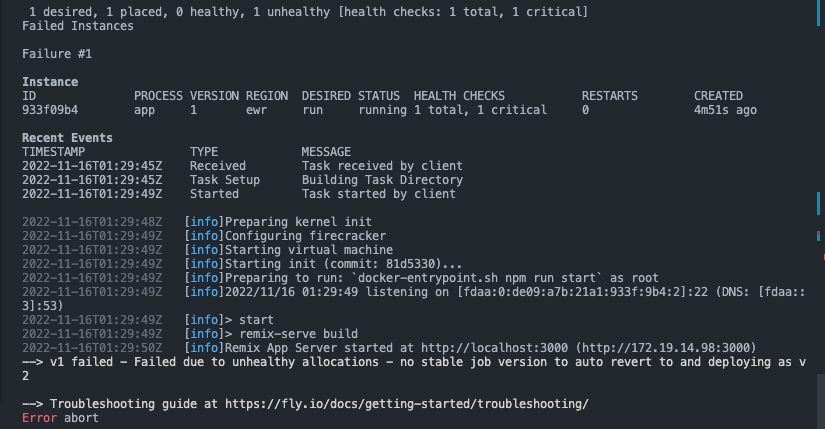 I just realized I didn’t chose fly.io as deployment target, not fly.io fault