Scaling memory does not seem to work

Am I just missing something or is scaling not working?

P.S. is this a cheat code to be billed much less than I am actually using?

Grafana has also been showing 1024:

Apparently, there was a bug which should have been since fixed. Did you try the scale cmd again, and it still didn’t work?

This is very strange!

Could you scale to 256 or 2048 then try scaling to 512 again after that first scale is complete and post the output of all the commands?

Sure, starting state is: 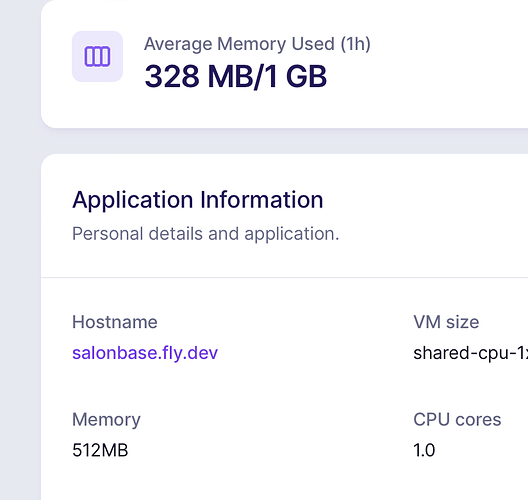 (that’s where it’s already out of sync btw)

This almost immediately returns btw. Now back to 512:

Does your app config have a [processes] section by chance? If you’re using process groups, you need to scale memory for each individually:

We should definitely return an error in this state, probably a quick fix.

Anyway, that’s a funny case then, because I don’t have [processes] anymore. I used to have them for app and worker but I switched to using supervisord to run my app & worker at the same time.

They are still showing in the UI though:

I just tried it and it works. Thanks!

Ah that’s a fun edge case. We will clean that up.

@kurt is there a way for me to remove the groups?

I second that question @kurt

I switched from a 2 group to a single one, and now I have 3