One of my PG replicas recently errored out, so I cloned a new replica from the leader.

However, after stopping the old replica I’m unable to destroy it.

It also appears that my leader is still pointing to the old replica that is not running.

I’ve attempted to remove the replication slot directly with:
SELECT pg_drop_replication_slot('slot_name');, but it doesn’t appear to do anything.

Any help would be greatly appreciated, I believe this might be preventing Sidekiq from establishing a connection, but it’s unclear (my redis instance is perfectly healthy).

Ok it looks like the machine was successfully destroyed, but the replication_slot reference will not drop. 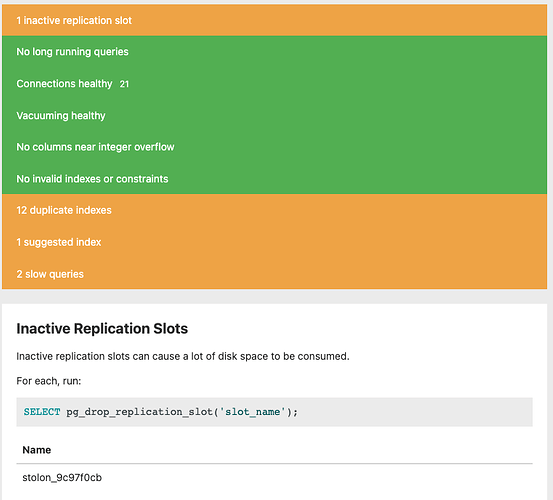 Seems like the initial issue (db going down) was caused by a Fly release:
DB Issues and Dashboard 500

Issue has been resolved, looks like someone/something removed the dead keeper.