how does scaling work?

Hi, trying to up the scaling but no success, AFAIK:

Seeing the same in UI, also changing in UI does not seems to do anything: 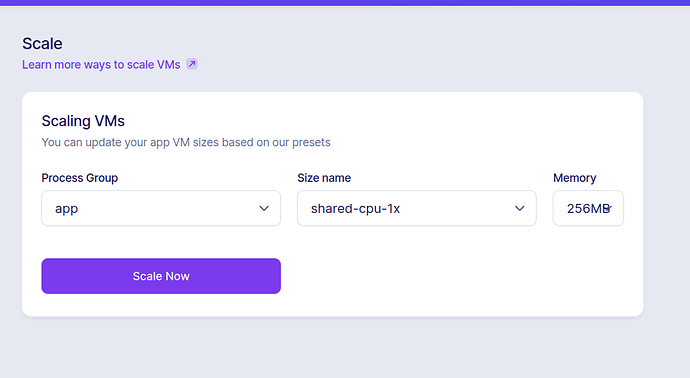 There might be an issue on the fly.io side, but here’s some docs on scaling.

Thanks, I followed the docs.

This might be a regional issue. You might let Fly know what region you are in, which would help with debugging this issue.

Issue with scaling multi-process apps when reported before, has either needed a bug fix from Fly (see), or shown the UI to be a lagging indicator (ref).

To rule out the latter, can you fly ssh console -a <app-name> -s into one of the VMs and exec free -h and check available RAM?

fly scale show needs to be fixed as well, then:

Btw webpacker should not be there anymore.

2 Likes
Scaling memory in multiple processes does not work