Greetings, I am trying to deploy an updated project from Laravel 7 to 8 to 9 correctly (it works locally) first I get an error SQLSTATE[HY000] [2002] Connection refused for trying to run migrations from Dockerfile. 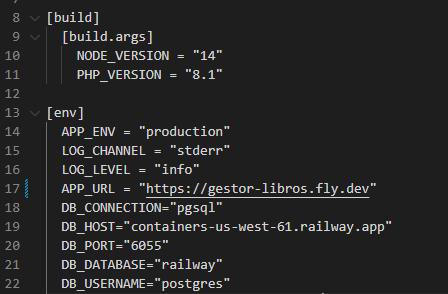 Now in the last step of the building a vite.config.js file is read that after several warn deprecated a dependency is added
npm install vue-template-compiler --save-dev --production=false
to later say that it did not find the dependency that it has just installed

After wandering and thinking and reviewing what was added from fly.io I decided to manually install the required package.
npm install vue-template-compiler --save-dev
and oh surprise I already unfold. :v I hate my life.