Error failed to fetch an image or build from source: docker is unavailable to build the deployment image

We’re seeing: Error failed to fetch an image or build from source: docker is unavailable to build the deployment image

Tried to delete the builder but doesn’t seem to have helped.

Which version of flyctl are you using?

I’m getting this too again, deleted the builder and it’s not generating a new one

It’s the version in the master branch of the github action: flyctl 0.0.354 is installed

Same here! Deleted the builder and its not coming back… tried from my local, the builder came back. Went back to try from the github action… its not working

The release should be ready in a few minutes

FYI for anyone still experiencing this:

We were still running into this on version v0.0.356 (latest for x86_64 Fedora) in a GitLab runner until I added the --remote-only flag. Before we didn’t have to include this flag and it would use the remote after not detecting docker automatically.

Do you know if your GitLab runner was using a remote builder before? I wonder if we’re detecting Docker in their runner environment when we weren’t in earlier versions.

Yes, I confirmed that our runner was triggering Fly builds on the remote builder before we started getting the docker error.

For some context, our GitLab runners are running in Docker, on a Fedora host.

thanks! this caught me off-guard

v0.0.358 is out fixing the problem with CI runners not connecting to remote builders unless --remote-only is passed. 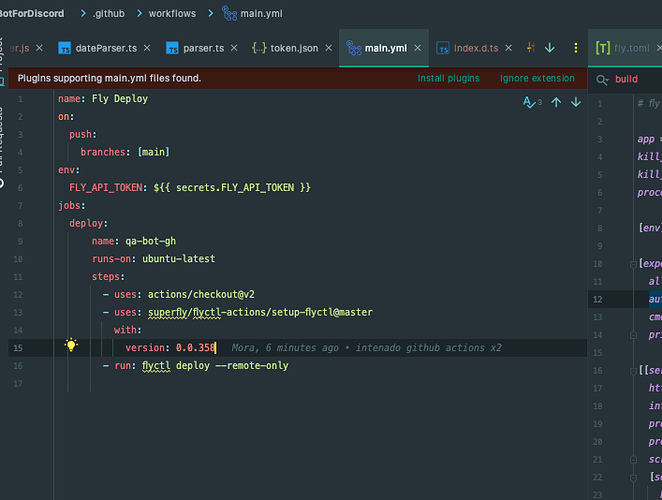 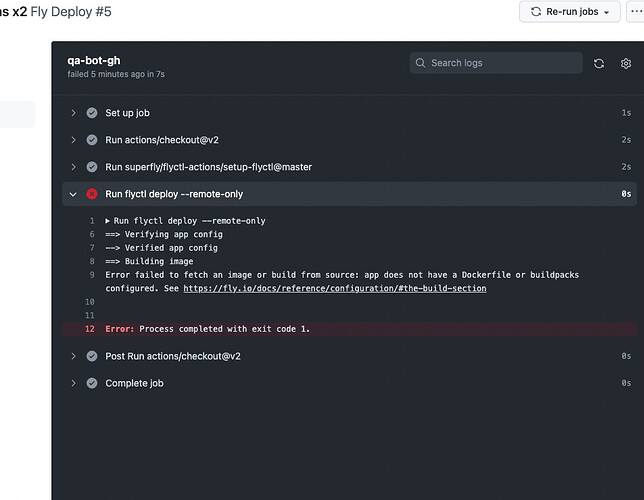 Have you tried or been able to do a deploy from your project directory locally?

This is an app that is already deployed on fly.io i used the “auto importer” from heroku , so im just trying to auto deploy after i change something on github

Should the docker image be built locally before being deployed to fly?